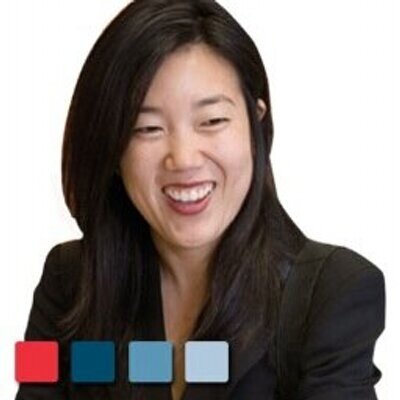 Michelle Rhee has been working for the last 18 years to give children the skills and knowledge they will need to compete in a changing world. From adding instructional time after school and visiting students' homes as a third grade teacher in Baltimore, to hosting hundreds of community meetings and creating a Youth Cabinet to bring students' voices into reforming the DC Public Schools, she has always been guided by one core principle: put students first. Each chapter of Michelle's story has convinced her that students of every background and ZIP code can achieve at high levels.

Teaching with Teach For America
As a Teach for America (TFA) corps member in a Harlem Park Community School in Baltimore City, through her own trial and error in the classroom, she gained a tremendous respect for the hard work that teachers do every day. She also learned the lesson that would drive her mission for years to come: teachers are the most powerful driving force behind student achievement in our schools.

Driving Unprecendented Growth In The D.C. Public Schools
On June 12, 2007, Mayor Adrian Fenty appointed Chancellor Rhee to lead the District of Columbia Public Schools (DCPS), a school district serving more than 47,000 students in 123 schools. Under her leadership, the worst performing school district in the country became the only major city system to see double-digit growth in both their state reading and state math scores in seventh, eighth and tenth grades over three years. The graduation rate rose, and after steep declines enrollment rose for the first time in forty years. In her last year as chancellor, every eligible DC public school attracted applicants for the annual K-12 Out-of-Boundary, preschool, and pre-Kindergarten (pre-K) lotteries. Fourteen schools had waitlists for the first time. Ultimately, a record high of 5,219 families, representing an increase of 50 percent over 2009, expressed interest in DCPS programs located in all eight wards.

StudentsFirst
Following her work at DCPS, Michelle founded StudentsFirst, a bi-partisan national advocacy organization working to put the laws and policies in place to ensure every child receives a high quality education. Under her leadership, the organization has been successful in building a grassroots movement of over 2 million members, and helped pass over 100 policies that have elevated the education of more than 23 million children.