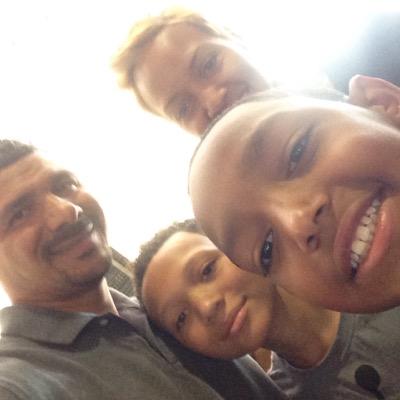 Dr. Steve Perry's heart pumps passion and produces positive change. Featured in CNN's Black in America series, Dr. Perry is the most talked about innovative educator on the scene today. Perry is the founder and principal of what U.S. News and World Report has cited as one of the top schools in the country, Capital Preparatory Magnet School in Hartford, Connecticut. Capital Prep has sent 100% of its predominantly low-income, minority, first generation high school graduates to four-year colleges every year since its first class graduated in 2006.

Perry is in a hurry to transform the community. Born into his family's third generation of poverty on his mother's 16th birthday, Perry believes that the success of a life is determined by where you end, not where you start. It is this philosophy that inspired him to transform the lives of poor and minority children by providing them with access to a college education.

Dr. Steve Perry is a strong advocate of personal and civic responsibility in all aspects of life. He emphasizes the social issues that aim at building up both the individual and the community so that the next generation can be better contributing members of society. When Perry speaks, he reaches the heart of his audience to motivate change in themselves and their community. His secrets to success and calls to action are revealed in his new book, "Push Has Come To Shove: Getting Our Kids The Education They Deserve -- Even If It Means Picking A Fight."

In addition to being the principal of Capital Preparatory Magnet School, Dr. Perry, MSW is an Education Contributor for CNN and MSNBC, an Essence Magazine columnist, best-selling author, and host of the #1 docudrama for TVONE "Save My Son."